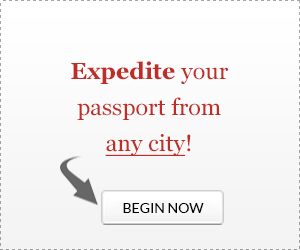 Find a Passport Agency Near Me

One way that you can get a passport in a hurry is to apply in person at a regional passport office. There are 26 regional passport agency locations in major cities across the United States. In order to apply for a passport at a regional office, you will need to make an appointment by calling the National Passport Information Center at 877-487-2778. You will also need to have proof that you need a passport urgently, such as a flight itinerary showing a departure within two weeks (or within four weeks if you must also get a travel visa). If your departure is in less than 5 business days, or if you have documentation of a life-or-death emergency overseas, you can get emergency service and will be able to pick up your passport at the regional passport agency. If your departure is farther out, your completed passport will be sent to you within 5 business days.

How to Apply for a Passport at a Regional Passport Office