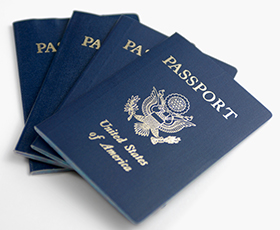 There are a variety of United States passport books that are issued to travelers for specific reasons. Our guide to US passport books will teach you about the different types of passport books so you will understand which one you need and why. Read on for more passport book information.

Also called “tourist passports,” “regular passports,” and “ordinary passports,” the passport book with the blue cover is the one issued to the vast majority of US citizens. It is appropriate for all travel purposes except for travel for US government purposes, including tourist travel, business travel, flight crew travel, and travel for education or employment. Personal passports are issued at all US Passport Agencies.