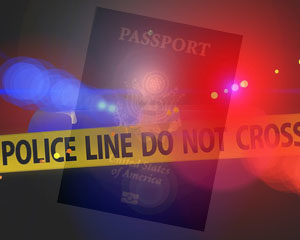 The recent Summer Olympics in Rio didn’t just set records in swimming and weightlifting – there were a record number of passport seizures during the games. The most publicized passport seizures occurred after several US Olympic swimmers, including Ryan Lochte, vandalized a Brazilian gas station after a night out drinking. With so many stories in the news about Brazilian authorities seizing the passports of athletes and Olympic officials, it’s natural to start asking questions. What is a passport seizure? Who has the authority to seize a passport? What should you do if it happens to you?

A passport seizure is not a medical condition! The term refers to a passport being confiscated by a government official, so that the passport bearer may not travel out of the country. Passports may be seized by foreign governments if the bearer is suspected of committing a crime while traveling internationally. Passports can also be seized by the issuing government while the bearer is at home, to prevent flight out of the country while the bearer is under investigation for a crime or awaiting trial. Some countries have also been known to seize passports for political reasons, such as to prevent protesters or journalists from leaving the country.

Passport seizures are usually temporary, and are different than a passport being cancelled or revoked. Seized passports are typically returned to the bearer after the legal issues have been cleared up.

Who Has the Authority to Seize a Passport?

When thinking about passport seizures, it’s important to remember that every passport is the property of the government that issued it. That’s right – you don’t technically own your own passport! Your US passport is the property of the US Federal Government, even though it is in your possession… and barring any unusual issue like the ones we’re discussing today, you will be allowed to keep your passport forever, even after it’s been cancelled. But if you run afoul of the law, either at home or abroad, your passport could be seized to prevent you from traveling internationally.

In the US, the authority that oversees seizures, revocations, and denials of US passports due to criminal activity is the US State Department’s Office of Legal Affairs. The actual passport seizure – meaning the removal of the physical book from the bearer’s possession – is done by local, state, or federal law enforcement officers. When a suspect in a crime has a passport seized by law enforcement, the passport can be held by the law enforcement agency until after the suspect has been tried. If the suspect is found innocent, the passport is returned. However, if the verdict is guilty, the passport is then sent on to the US State Department’s Office of Legal Affairs, where they’ll determine the appropriate thing to do with the passport based on the sentence.

Outside the US, the physical seizure of passports is also typically conducted by police officers. The order to seize the passport could come from various branches of the country’s government, but is often ordered by a judge, magistrate, or other member of the judicial branch.

What Happened in Rio?

“Swimmergate” was not the only situation at the Rio Olympics that led to a passport seizure, but it was by far the most notorious one! Early in the morning of August 14, four members of the US Olympic Swimming team – Ryan Lochte, Jimmy Feigen, Jack Conger, and Gunnar Bentz – were involved in an incident at a gas station in Rio de Janeiro. They made statements to the police claiming they were pulled out of a taxi and robbed at gunpoint, but surveillance footage later revealed that they damaged a gas station before getting into a confrontation with security guards. Ryan Lochte returned to the US shortly after the incident, but Bentz, Conger, and Feigen all had their passports seized so that they could not leave Brazil before the incident was resolved. Gunnar Bentz and Jack Conger were actually removed from a flight by Brazilian police – they had boarded their flight to Houston, but were escorted off by authorities after a local judge ordered their passports seized. Jimmy Feigen was also prevented from leaving Brazil, and had his passport seized. With the help of a legal team, he was able to negotiate the return of his passport after he paid a fine of nearly $11,000. All four swimmers are now back in the United States. 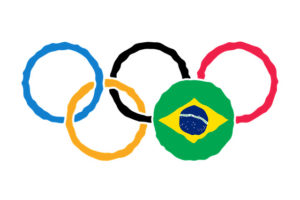 Nine athletes on Australia’s Olympic team also had their passports seized by Brazilian authorities. The athletes had entered the Olympic basketball arena without proper tickets or identification, wanting to watch one of the final games. They were briefly detained by police, and a judge ordered the seizure of their passports. Their passports were returned on Sunday, August 21, after they collectively paid a fine of approximately $28,000, allowing them to make their charter flight back to Australia the following day.

Although all of the athletes who had their passport seized have now returned to their home countries, problems persist for several officials from the Irish Olympic delegation. During the final days of the Games, Brazilian authorities arrested Pat Hickey, the (then) president of the Olympic Council of Ireland, charging him with managing a multi-million dollar ticketing scam. On the morning of Sunday, August 21, Brazilian police raided the Rio office of the Olympic Council of Ireland, seizing the passports of three additional officials from the delegation. They won’t be allowed to leave Brazil while the investigation is ongoing.

All told, seventeen athletes and officials had their passports seized during the Rio Olympics – that has to be a record!

What Should You Do If Your Passport is Seized?

We hope that you are never the subject of a passport seizure! The best way to prevent this is to obey all local laws, wherever you are. But no matter how law-abiding you are, you could find yourself in the wrong place at the wrong time – say, perhaps, that one of the guys you’ve been partying with decides to indulge in a little vandalism of a local business, and you are held as a witness. If the police seize your passport while you are traveling, what do you do?

If you are arrested, detained, or have your passport seized, your first call should be to the nearest US Embassy or Consulate. Helping US citizens who have legal issues overseas is a top priority of the US State Department. Consular officers are not allowed to directly give you legal advice, but they can connect you with local lawyers who can help resolve your situation. They are also able to give you an overview of local laws and justice systems, to help you understand what’s going on. With the assistance of the US Embassy and local lawyers, you’ll be able to find out what you need to do to have your passport returned so you can get back home to the States. 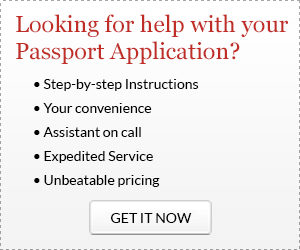