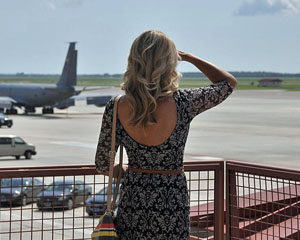 A lost passport can force your journey to a screeching halt.  We’ve already talked about what to do if you lose your passport when you are overseas.  But what do you do if you haven’t even made it to your destination before your passport goes missing?  Today we’ll discuss how to deal with a passport lost at the airport or on an airplane.

This travel calamity just happened to the lead singer of the band Papa Roach.  Jacoby Shaddix and his bandmates were en route to Colombia on December 5 so they could play a concert in Bogota on the 6th.  Their travel plans had them flying from Los Angeles to Dallas and then on to the Colombian capital.  When their flight landed in Bogota, the other members of the band realized that Shaddix wasn’t with them!  He’d never made it on to the connecting flight in Dallas, because he’d lost his passport somewhere between LA and Texas.  Luckily, Dallas has a US Passport Agency, and Shaddix was able to get a lost passport replacement issued right away.  He flew to Colombia on December 6, and went straight from the airport to the theater to rock the waiting crowd!

Take Care Not to Lose Your Passport at the Airport

When you arrive at the airport for an international flight, you may need to pull out your passport several times.  If you are checking luggage or need to get a boarding pass printed, you’ll need to go to the airline check-in desk.  The airline desk agent will need to see your passport to check you in.

Your next stop will be TSA security, where you will also need to show identification.  Technically, you could show your driver’s license, but if your boarding pass shows that you are getting on an international flight, it makes more sense to show your passport to the security officer.

You may also need to show your passport at the gate when you board your flight.

Every time you pull out your passport, you run the risk of dropping it, leaving it behind, or putting it back in the wrong spot.  Be conscious of what you are doing with your passport!  Designate one secure spot to keep your passport while traveling, such as the inside pocket of your coat or a zippered compartment in your handbag, and make sure you carefully return it to that spot every time. 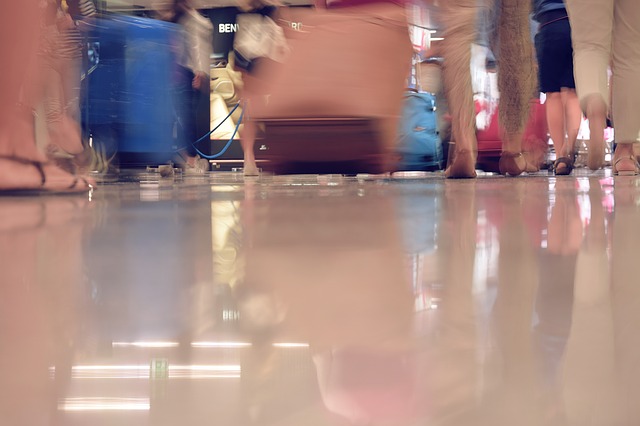 If Your Passport Goes Missing While You Are In the Airport

Don’t panic!  Stay calm, and go through the following steps one by one:

If You Lose Your Passport at an Airport Outside the US 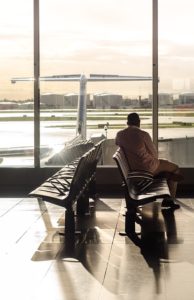 What happens if you lose your passport at the Montego Bay airport as you’re getting ready to fly home after your Jamaican vacation?  Or if you drop your passport somewhere in the Frankfurt airport while you’re waiting for your connecting flight to Vienna?  You can still follow our step-by-step plan.  The only difference is that for Step 6, you won’t be going to a Regional Passport Agency to replace your passport. Instead, you’ll go to the nearest US Embassy or Consulate.  They will be able to issue you an emergency passport that you can use to continue your journey.  This may be a limited-validity passport, rather than one valid for the normal 10 years.  If you are issued a limited-validity passport, you can go through the passport replacement procedure when you return to the United States.

If You Arrive at Your Destination Without a Passport 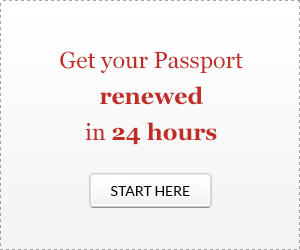 What happens if you can’t find your passport while you are in the immigration line at your destination?

If you think you may have left your passport on the plane, go back to your gate immediately.  Crews will be cleaning the plane and prepping it for the next flight, and they can check for your passport.

What happens when you arrive in a foreign country without your passport will depend on where you’ve come from, and where your passport was lost.  No matter what, you can expect to be taken to a special immigration holding area while your passport situation is sorted out.

If you have just flown from the United States, you will likely be put on the next flight back home.  You’ll be able to return to your travel destination after your passport has been found or replaced.

If you are in transit between two foreign countries, the first thing you’ll want to do is call the airport you just left to find out if your passport was found.  You may be allowed to fly back to that airport to retrieve your passport.  Alternately, you may be able to go to the US Embassy or Consulate in your current location to get a new passport.

Have you ever lost your passport while you were flying?  How did you handle it?