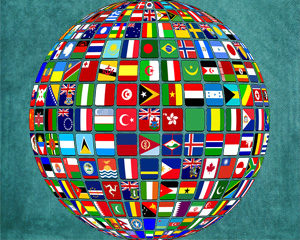 There are millions of people living in the United States who hold a foreign passport.  Maybe you are one of them!  It’s estimated that over a million US citizens are dual citizens who hold citizenship to both the US and a foreign country.  More than 20 million more people are immigrants, living in the United States but still holding citizenship to a different nation.  No matter what nation’s passport you hold, it’s important to keep your passport valid at all times.  Today, we’ll take a look at how to renew a foreign passport in the US.  We’ll also review the specific instructions for renewing passports for the nations that have sent the largest number of immigrants to the States.

The US government does not have any role in renewing non-US passports.  You won’t be applying for your passport renewal through a US Passport Agency; instead, you’ll need to work with an embassy or consulate of your country of citizenship.

The exact requirements for your foreign passport renewal will vary depending on the country.  You can check the requirements by visiting the website of the embassy or consulate at which you’ll apply.  However, you can expect to need the following basic requirements:

How to Renew Your Mexican Passport 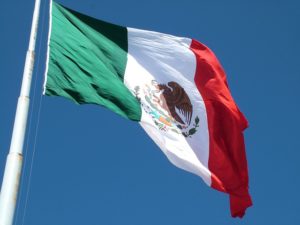 Mexico has sent more immigrants to the United States than any other nation.  With such a large Mexican population here, Mexico maintains more consulates in the US than any nation.

You will need to appear in person at a Mexican consulate in order to renew your passport, and appointments are required.  Call 877-639-4835 to schedule an appointment at the consulate nearest your home.

While you wait for your appointment, gather up the required documents:

Unlike most other countries, when you need to renew your Indian passport, you won’t be going directly to the Indian Embassy or Consulate.  Instead, passport applications are accepted at outsourcing centers.  These offices can be found in Washington, DC, Atlanta, Chicago, Houston, New York, and San Francisco.  You have the choice of either visiting an office in person to submit your passport renewal, or you can ship your documents using FedEx.

How to Renew Your Chinese Passport

Like US passports, Chinese passports need to be renewed when the validity is running out, when they are out of visa pages, or when they are damaged from wear and tear.

You will need to appear in person at a Chinese consulate to renew your Chinese passport.  There are six Chinese consulates in the US, located in Washington, DC, Chicago, Houston, Los Angeles, New York, and San Francisco.  You’ll also need to pick your passport up at the consulate when it’s completed — they don’t ship!

Chinese passport photos must be 48mm x 33mm, and must have a plain white or light blue background.  In the photo, your head must measure between 28mm to 33mm from the top of your head to the bottom of your chin. 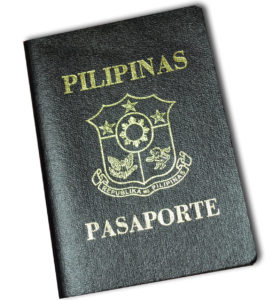 In order to renew your Philippines passport, you’ll need to appear in person at a Philippines consulate. In addition to the Philippines Embassy in Washington, DC, you’ll find Philippines Consulates in Chicago, Honolulu, Los Angeles, New York, and San Francisco.  There are also two Philippines Consulates located in the US Pacific island territories: Agana, Guam, and Saipan, Northern Marianas Islands.  Your application will be accepted by the consulate, and will then be forwarded on to the Department of Foreign Affairs in Manila for processing and printing.  It will take 8 to 12 weeks for your new passport to be produced, so plan ahead if you need your passport for international travel!

Filipino passports may be either brown or dark green.  The brown passports are older ones that are not machine-readable.  If you are renewing a brown Philippines passport, you’ll also need to bring additional identification that shows your middle name, such as a driver’s license.

You don’t need an appointment to apply for your Filipino passport renewal… but you do need to be dressed nicely, in a shirt with sleeves and a collar!  Your passport photo will be taken on site by a consular officer.  You’ll also need to be prepared with $60 cash or a money order.  Checks and credit cards are not accepted.

No matter what nation’s passport you hold, we want to make sure it’s a valid one!