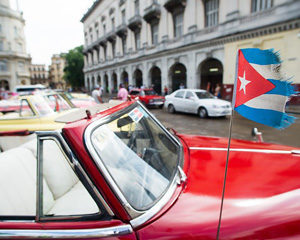 Once more, Donald Trump has made news that impacts travelers. This past weekend, he gave a speech in Miami’s Little Havana neighborhood that laid out the latest Cuba travel policy for US citizens.

Today, we’ll break down what the new Cuba travel policy will mean for you.

Prior to the Cuban Revolution, there were no travel restrictions for US citizens who wanted to visit Cuba. Cuba was an appealing destination for US tourists who wanted to experience the island’s beaches and nightlife. The revolution led by Fidel Castro began in 1953, and continued off and on until the rebels finally toppled the right-wing Batista government on the first day of January 1959. With political tensions between Cuba and the US on the rise, the US government imposed a series of embargoes on Cuba in the early 1960s. These embargoes, intended to block trade between the US and Cuba, also meant that US travelers could no longer legally visit the island. The Treasury Department’s Office of Foreign Assets Control was put in charge of enforcing this Cuba travel policy. 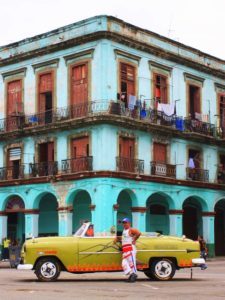 The US trade embargoes had huge impacts on the island nation. To this day, Cuba looks like it is “stuck in time,” with residents still driving the 1940s and 1950s cars they had before the revolution.

The lack of US tourists meant that the island never developed the kind of major tourist infrastructure you see in neighboring nations like Jamaica and the Dominican Republic.  However, that’s not to say that Cuba had no tourism at all. Canadian and European travelers, unaffected by the US law, have continued to be able to visit Cuba as tourists.

During his two terms in office, President Obama eased restrictions on Cuba travel several times. The first change came in April 2009, when he changed the absolute travel ban to allow Cuban-Americans to travel to Cuba to visit family. He relaxed the ban further in 2011, allowing qualified students and religious missionaries to visit Cuba.

Obama’s major change to Cuba travel policy was announced in 2015. Under his new travel policy, US citizens could travel to Cuba without getting prior Treasury Department approval. In order to travel to Cuba, your trip had to qualify under one of twelve “general license” categories of travel. These general license categories include people-to-people exchanges and educational purposes. US travelers could now plan their own trips to Cuba. All you needed was some sort of cultural or educational explanation of your visit.

US travel companies were quick to take advantage of the new market for Cuba travel. Many tour companies began offering tours to Cuba, and major airlines like United and American Airlines began scheduled service to Havana and other cities. Airbnb even jumped on the opportunity to serve individual travelers visiting Cuba, looking for their own lodgings.

Entrepreneurs in Cuba also have capitalized on the influx of American visitors. Since 2015, many Cubans have opened their own small businesses. Not only are Cuban natives renting out rooms and opening small hotels, but there’s been a boom in restaurants, art galleries, and bars in Havana. Cuba received a record 4 million foreign tourists last year, with approximately 615,000 hailing from the US. 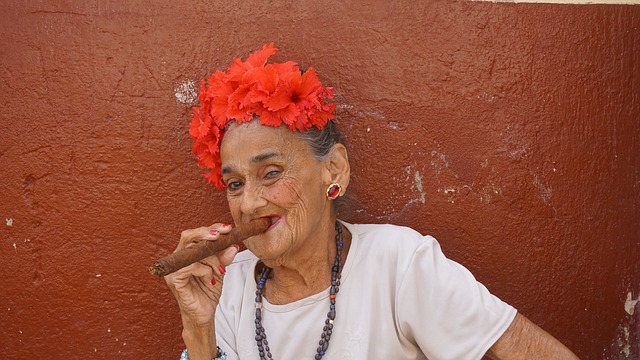 Trump’s Policy – Go With a Group or Don’t Go!

The good news about Trump’s new Cuba travel policy is that he hasn’t reinstated the total travel ban. Yes, you can still tour Cuba! The catch is that you can’t do it on your own. You can’t just buy a plane ticket, reserve an Airbnb room, and explore at your own pace. Under Trump’s policy, you’ll need to travel with an organized tour group.

The logic behind this new policy is all about economics. Trump is trying to keep American dollars from supporting businesses run by the Cuban military. It’s estimated that one military-controlled conglomerate, GAESA, owns more than half the tourist facilities in the country!

The new policy should work well for tour companies and cruise lines, who offer the kind of group travel that is still allowed.  However, it’s likely to have a negative impact on Cuban small business owners. Taxi drivers and independent guides will lose out on business from American visitors. Boutique hotels, small restaurants, and galleries are also likely to be bypassed by group tours.

The precise date for the new travel policy hasn’t yet been announced, but the goal is to have it in place within 30 days. That would mean that the rules would change on July 15. However, the new travel policy regulations haven’t even been written yet, and they can’t be enforced before they are written!

Should You Travel to Cuba?

If you’re interested in traveling to Cuba, you should go! Cuba is only 103 miles away from the US, but a world apart in culture. It’s a travel experience unlike any other you’ve had.

No matter what you are interested in, you’ll be able to find a Cuba tour to suit you. All tours need to have either an educational or “people to people” cultural exchange focus, but you’ll find a wide variety of tours. There are yoga tours and food tours; photography excursions, art immersions, and architecture explorations. Whether you want to learn to salsa dance, speak Spanish, or cook perfect black beans, you can find a program in Cuba!

Here are some of our top tips for Cuba travelers: