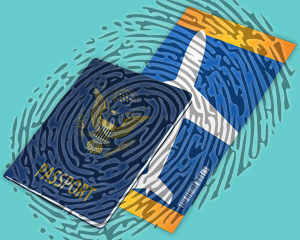 Biometrics enthusiasts tell us about a world where travelers no longer need to use physical documents like passports, credit cards, and boarding passes. Instead, biometrics devices would be able to scan your face, eyes, or fingerprints and quickly clear you to go straight to your flight. Does that sounds like science fiction? It’s science reality! Biometrics technology exists, and more and more airports and airlines are incorporating it into security and boarding procedures.

Read on for the latest news about biometrics technology at the airport!

JetBlue has just become the first US airline to test biometrics technology at boarding gates. Starting on June 12, they have been running a test at Boston’s Logan Airport. On some flights from Boston to Aruba, they are allowing travelers to use biometrics instead of presenting their passport and boarding pass at the gate.

The biometrics used by JetBlue rely on facial recognition.  Passengers who agree to try the program will have their photo taken before they board their flight. Their facial features will be checked against data provided by US Customs and Border Patrol. It takes just 5 to 7 seconds for the facial recognition data to be analyzed. When it shows that the face is a match for the passport and airline ticket data in the system, the passenger is allowed to board.

JetBlue’s testing in Boston will run for 45 to 60 days this summer. If the program is successful, the airline will look to expand it to more flights and more airports.

Delta Airlines has also announced that they will test biometrics boarding. They will run a test in Washington, DC, using fingerprint-based biometrics. Their test will be limited only to members of their SkyMiles loyalty program who are also enrolled in the CLEAR system.

Dubai is well known for having one of the world’s most beautiful airports. Dubai International Airport is also the world’s busiest airport for international arrivals and departures. To keep travel moving smoothly, the government of Dubai is investing heavily in biometrics technology. 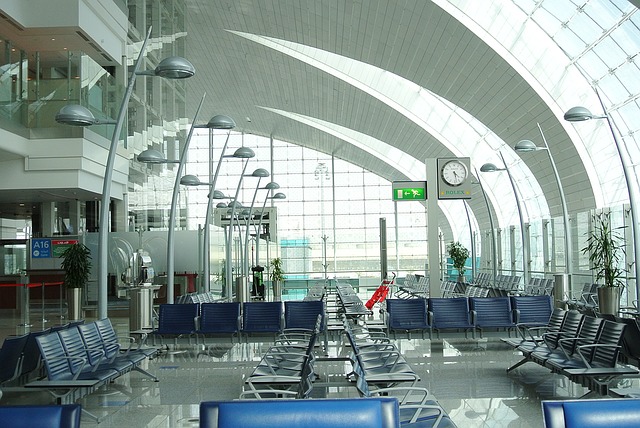 Dubai’s government has signed a major agreement with the UK-based technology company ObjectTech. The company has been tasked with creating a system to eliminate the use of passport books at Dubai International Airport. It’s part of Dubai’s “10x Policy,” which embraces digital technology in an effort to keep the nation 10 years ahead of the rest of the world.

When the new technology is fully developed and rolled out, passengers arriving at Dubai International Airport should be able to get off their flights and go directly to baggage claim, without stopping to have their passports reviewed.  Instead, passengers will all be pre-approved for entry using an electronic system. We imagine this pre-approval system will be similar to an eVisa process, applied for online. Biometric scanning will allow passengers to be verified quickly, either at boarding or on arrival.

The fingerprint screening will occur at the point in the security process when you’d normally pull out your passport and boarding pass. Actually, during the trial, you still do need to show your passport and boarding pass, in addition to having your fingerprints checked! By using the physical documents as a backup, the TSA will be able to test how reliably the biometrics technology is working.

Trials may be extended to other airports. The ultimate goal would be to revamp the initial screening by a TSA security officer. Instead of having passports and tickets manually reviewed, passengers would be able to touch their fingers to a pad and quickly be green-lighted through to the next stage of security.

Have you experienced any of these or other biometrics technology at the airport? Tell us in the comments!