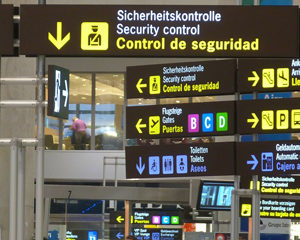 Your dreams of a European vacation probably don’t involve long lines and delays at passport control. But if you are heading to Europe this summer, be prepared — new EU regulations have tightened passport control procedures. Travelers from any country outside of Europe’s Schengen Zone will have their passports closely inspected both when they arrive and when they depart. The new rules and procedures are already causing hours-long lines to form at some airports in popular European destinations.

In the wake of the terror attacks in Paris in November 2015 and Brussels in March 2016, European governments have been increasing scrutiny of travelers. Europe’s open borders have closed a bit more with the passage of European Union regulation 2017/458 this past March. The European Union central government has ruled that all travelers from countries outside the Schengen Zone must have their passports checked upon entry and exit of the Schengen area. When you fly in to any Schengen country in Europe, your passport will have to be checked against multiple databases of information, including Interpol records of lost and stolen passports. Your passport details will be checked and recorded once again when you depart. This means you can expect to spend more time in line at the airport at both ends of your trip!

The new passport-control regulation is not scheduled to go into full effect until October 2017. However, some airports have already implemented the new rules, and others are conducting spot checks of travelers as they pass through immigration.

What is the Schengen Zone?

The Schengen Zone is a collection of European nations that maintain open borders and a common visa scheme. US citizens don’t need visas to visit any country in the European Union. If you’re not a US citizen, and you come from a country that does require visas to visit Schengen countries, this means that the visa you get for your visit to one Schengen country will also allow you to visit any other country in the zone.

The Schengen Zone nations are:

*Iceland, Liechtenstein, Norway, and Switzerland are part of the Schengen Zone although they are not members of the European Union.

With summer travel at its peak, travelers are reporting long lines to clear immigration at airports in a number of popular destinations. Paris-Orly, Schipol Airport in Amsterdam, and Palma de Mallorca airports have been named the worst offenders, with travelers waiting as long as four hours to clear passport control. Lengthy delays have also been reported in Lisbon, Madrid, Milan, Brussels, and Lyon.

Although airlines have tried to warn passengers to arrive hours early for their flights, many travelers are not getting through the lines in time to board. This means that some flights are departing without their full complement of passengers, and other flights are being delayed. Airlines for Europe, a group that represents airlines including Ryanair, EasyJet, and British Airways, reports that flight delays are up 300% compared to this time last year.

Will the Passport Control Delays Impact Your Trip?

If you are planning a European vacation to any of the countries in the Schengen area, you are likely to encounter delays at the airport. The enhanced passport controls are being applied to all travelers with non-Schengen passports. That includes US citizens, as well as travelers from Canada, the United Kingdom, and Ireland. Although the new security procedures are only supposed to take about two minutes per traveler, many airports in Europe don’t have enough security staff to process passengers through quickly. Those two minutes per traveler add up quickly, especially when you consider that just one arriving flight may contain 500 or more passengers!

Flying from the US or UK to Europe

Are you flying directly from the US or UK to a Schengen Zone country like France or Italy? Security procedures won’t be any different when you board your flight, but expect to face long lines when you arrive. It may take you longer than normal to clear immigration and get out of the airport.

Flights Within the Schengen Zone

If you’re planning to fly within the Schengen nations – from Rome to Zurich, perhaps, or from Paris to Athens – you shouldn’t get caught in the passport control delays. However, we still recommend that you arrive early for your flight just in case the security delays have extended to Schengen-area flights. It’s far better to be early than to risk missing your flight! If you wind up with time to kill, check out our suggestions on how to make the most of your time at the airport.

Flying Out of the Schengen Zone

Ready to head home? You will want to arrive at least three hours early for your flight back to the United States. Dress comfortably, and make sure you are fed and hydrated before you get to the passport control lines. This is especially important if you are in a hot location, as there have been reports of passengers fainting in overheated, crowded airports!

Clear Passport Control Quickly When You Return to the US

Although we can’t offer any easy solutions to the passport control delays you may face in Europe, we do have a suggestion for your return to the US. The Mobile Passport Control app will help speed you through Customs and Border Patrol lines when you arrive back in the States. The app is free to download and enables you to submit your passport and customs declaration information via your smartphone instead of the traditional paper form. Mobile Passport Control is now available at 24 major international airports in the US. If your airport offers it, we highly recommend it. You’ll be glad to get out of one airport quickly, at least!