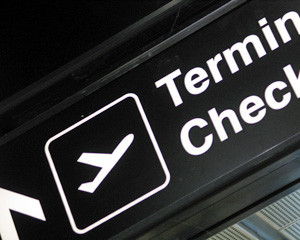 The US Department of Homeland Security has just released the latest update on the REAL ID Act. The REAL ID Act is important for travelers because it specifies identification requirements to board domestic air flights. Homeland Security has now announced the official date for full implementation of the REAL ID act for air travel – starting January 22, 2018, all air passengers in the US must show identification that meets REAL ID standards.

The last time we reported on REAL ID, the Department of Homeland Security had indicated they would announce the implementation date in 2016. Most analysts expected the compliance date to be in late 2016, but we now know that the Act will not go into effect for air travel until January 2018. It is likely that the date has been pushed out to 2018 because several states have still not begun the process to change their driver’s license requirements to comply with REAL ID.

We will not know until closer to the implementation date whether all states will have updated their driver’s licenses to REAL ID standards. It is possible that some states may not have REAL ID licenses at that time, or that travelers from other states may still hold older, non-REAL ID licenses. What we do know is that as of January 22, 2018, all air passengers must have either a REAL ID driver’s license or another form of REAL ID identification, such as a passport. Other acceptable forms of REAL ID include valid military IDs, Trusted Traveler program cards, or Permanent Resident Cards.

Although the REAL ID standards will not be enforced at airports until 2018, they will be enforced at other locations much sooner. As of January 10, 2016, REAL ID identification is now required to enter certain Federal facilities such as military bases. It never hurts to keep your passport or passport card with you – you can be certain it will be accepted as official identification everywhere!