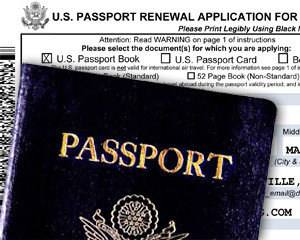 Passport renewals are one of the most commonly utilized US passport services. It is a fairly simple procedure that does not require visiting a passport acceptance agent. Although it’s a straightforward and frequently used service, there are some nuances to the procedure that you may not know. Here are our pro tips and insider information about renewing a US passport!

Tip 1: You don’t need to wait until your passport is expired to renew it.

We recommend renewing your passport at least six months before it expires. Many countries, including popular destinations like Mexico, enforce the “six month rule,” which means that you must have at least six months of validity remaining when you enter the country.

Tip 2: There are reasons to renew a passport other than validity time.

Some travelers may need to do an early renewal of their passport, which means renewing the passport more than one year before it expires. Reasons for renewing your passport early include:

If you are a frequent traveler who holds a second valid passport, you can renew that second passport when it is close to expiration. You will have to demonstrate that you continue to need the secondary passport because of travel needs.

Tip 4: Some passports can’t be renewed.

If you are a frequent traveler, you can request a larger passport book with 52 pages instead of the standard 28 page book. There is no additional charge for the larger book. This is especially useful now that additional passport pages service has been phased out.

Tip 6: Check your new passport when you receive it.

Mistakes happen, even at the Passport Agency. We’ve seen passports issued with incorrect birthdates, misspelled names, and even the wrong gender listed! This is why it’s important to check your renewed passport as soon as you get it to make sure all data is printed correctly. If you find a mistake, you can send your passport back for data correction along with proof of the correct information, such as your birth certificate. The State Department will issue you a new passport with no additional fee, unless you need to expedite the replacement of your incorrect passport. But hurry – if you find a mistake more than a year after your passport is issued, you’ll have to pay to have your passport renewed again.

This is another good reason to use a passport expediting service. The company will check your passport thoroughly before sending it back to you, and if they find a mistake, they will submit the passport for correction immediately. You’ll have your new passport back in your hands quickly, with no additional fees for resubmission or shipping!