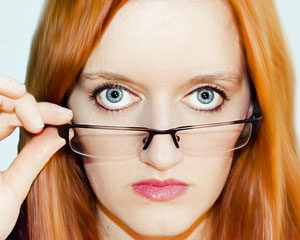 Previously, the US State Department only forbade the wearing of sunglasses or glasses with tinted lenses, which make it hard to see the applicant’s eyes. The also had a rule that if the applicant wore glasses in the photo, there must be no glare on the lenses from the camera flash, as that would also hide the eyes. Glare on eyeglass lenses has been a persistent problem with passport photos, and is one of the top reasons that passport photos are rejected by the Passport Agency. The new rule against wearing glasses in passport photos will ensure that no one will have a problem with glare reflecting off of lenses in the photo. 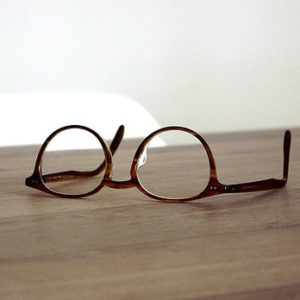 The other major reason to not have glasses in passport photos is because of biometrics. Biometric passports store basic data about the passport holder on a small computer chip embedded in the passport. This basic data includes your name, birth date, and passport number. Your passport photo can also be turned into biometric data. A computer program can analyze a scan of your photo and take measurements of your face, such as measuring the distance between your eyes, and store this information as biometric data. If you wear glasses in your passport photo, it makes it more difficult for the computer program to take accurate measurements of your features.

My current passport shows me wearing glasses. Is it still valid, or do I need to get a new passport?

If your valid passport has a photo of you in your glasses, don’t worry! The new requirements for passport photos only apply to passport applications filed on or after November 1, 2016. Your existing passport remains completely valid, whether you are wearing glasses in your photo or not.

Do you have more questions about passport photos? Leave a comment below for a quick answer from our experts!