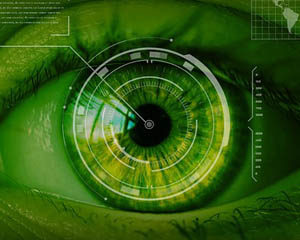 It might seem like something out of a James Bond movie, but iris scan technology is real, and may already be in use at your local airport! One company that manufactures eye-scanning technology envisions a future in which your eyes could be your passport. They could be your boarding pass and your credit card, too!

Imagine going to the airport and not having to pull out your wallet once. Instead of having your passport inspected at airport security, you’d be able to pass by an iris scan kiosk that would identify you within 2 seconds and verify that you are an approved traveler booked on an upcoming flight. You could breeze through security, leaving you plenty of time to visit the coffee bar in the terminal. There, you could look into another eye scanner – this one connected to credit card systems – to pay for your latte and scone.

Iris scans are a form of biometrics – technology that identifies you based on your physical traits. Your passport already has biometric technology features. When you apply for a new passport, your passport photo is scanned and saved onto a tiny chip embedded in your passport. That scanned photo can be used for facial recognition purposes.

If you’ve ever read detective novels, you’re already familiar with one form of biometrics: fingerprints. Everyone has a unique set of fingerprints. Once your fingerprints are on file, they can be used to positively identify you.

The only problem with fingerprints and facial recognition for biometrics is that they can change over time. Just the forces of aging will change the contours of your face – sorry, but it’s true! Your face may change even more dramatically if you lose or gain weight, have an accident, or get plastic surgery. Your fingerprints also may change over the years. The pads of your fingers will wear and smooth as you age. Your fingerprints could also be damaged by scars or burns.

Your eyes, on the other hand, don’t change as you age. You might think of your eyes as just being blue or brown, but take a close look in the mirror. Your irises aren’t one solid color. You may see rings, rays, flecks, and freckles inside your iris. The pattern of your iris is just as unique as your fingerprints. No one else has eyes just like you. Even identical twins have their own distinctive iris pattern. 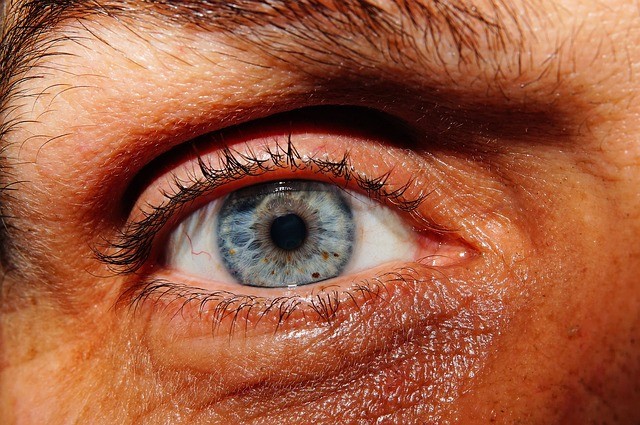 How Does an Iris Scan Work?

If an iris scan sounds painful and intrusive, don’t worry. The basic part of an iris scanner is just a digital camera. To use an iris scanner, you simply look in to it, and the camera inside will capture images of your iris in both normal and near-infrared light. The infrared images help show the iris patterns in people with very dark eyes. The computer inside the iris scanner then analyzes the image and looks for a match in the database. Iris scanners created by Tascent, one of the companies building scanners for airports, can identify travelers with 99% accuracy in only two seconds.

In order for the iris scanner to recognize you, though, you’ve got to already be in the database. The process of having your iris scan added to the database is known as “enrollment.” Enrollment only takes a few minutes. You’d have your eyes scanned, and then your name and other details are entered in to the database along with the image of your irises.

Iris Scan Technology at the Airport

Although we might not yet be at the “airport of the future” stage with iris scanners everywhere, you may have already seen the technology at work. Iris scanners from Tascent are already in use for some screening purposes at airports in London and Dubai.

In the United States, iris scans are used in the CLEAR lanes now available at airport security at 22 major airports. People who are enrolled in CLEAR are able to use an automated kiosk to confirm their identity via iris scan or fingerprints. Once cleared by the kiosk, travelers can bypass the long line to have their ID checked by TSA security officers. They can go directly to the physical screening area, where their bags are screened as normal, and the traveler goes through the metal detector or millimeter-wave screening machine. CLEAR enrollment is separate from TSA Precheck or other Trusted Traveler programs, but works well as a complement to them.

Will Your Eyes Become Your Passport? 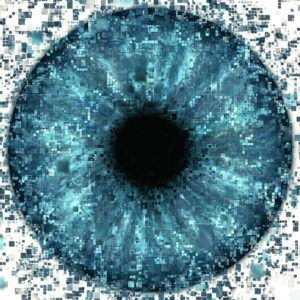 Don’t throw away your passport book quite yet! Although the technology exists, we’re a long way off from being able to phase out physical passport books. In order for iris scans to completely replace passports, every border crossing in the world would need to have the ability to scan traveler’s eyes. It’s one thing for airports in wealthy countries to install expensive machinery, but what about tiny dirt-runway airports in developing nations? Every airport, seaport, river crossing, or land border checkpoint on earth would need to have iris scanning technology available. Will your eyes become your passport? We’ll never say never… but we’ll say not yet, and not anytime soon.