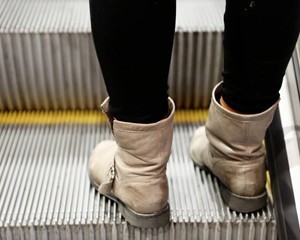 No matter where you come down in the great “are leggings pants?” debate, you can’t deny it — leggings are everywhere! On the street, at the supermarket, even at the office, you’ll see women in stretchy, form fitting pants. Leggings are so popular that you’ve probably even been invited to special clothing parties to buy them! Women love leggings and yoga pants because they are so comfortable.

Comfortable clothing is a traveler’s best friend, so you might well be considering wearing leggings on your next flight. But will you be allowed?

This past Sunday, a United Airlines gate agent stopped three teenage girls from boarding a flight because they were wearing leggings. One girl was able to pull on a dress that she had in her carry-on bag, and was allowed to board the flight. The other two, however, remained grounded.

The story quickly hit the news and went viral across Twitter and other social media. Even celebrities like William Shatner and Chrissy Teigen jumped on the story, tweeting their support for the lycra-clad young ladies. No one seemed to understand why the girls were prevented from flying, when so many of us wear stretch pants when flying!

United Airlines quickly clarified that the young ladies in question were not normal passengers. They hadn’t paid for their tickets — instead, they were flying on “buddy passes.” Employees of the airline are able to fly for free, and get a certain number of passes they can give to friends and family. The buddy pass is a free or heavily discounted ticket… but it comes with some strings attached.

United maintains that when their employees or “buddy pass” guests are flying as passengers, they are representing the airline. They have a dress code for pass travelers, and the girls’ leggings did not pass muster! The dress code specifically states that employees and buddy pass travelers must be “well-groomed, neat, clean, and in good taste.” It specifically bans lycra/spandex pants — no Lularoe or Lululemon allowed! The United pass traveler dress code also forbids miniskirts, crop tops, and “beach-style” rubber flip-flops. And no, they don’t care that your flip-flops are $35 Havianas and not cheapies from the dollar store!

Can You Wear Leggings on Your Next United Flight?

If you’ve paid for your ticket on United, yes, you can. The airline even published a statement on their website telling regular customers that “your leggings are welcome!” 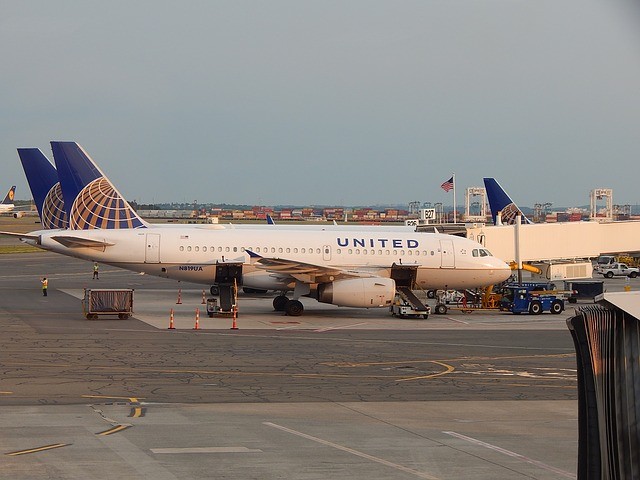 Do Other Airlines Have Dress Codes?

The teens who were turned away from their flight this weekend are not the first passengers to be denied boarding because of their attire. Most airlines don’t have specific, written dress codes for paying passengers like the one United has for their employees and pass travelers. However, gate agents can turn away travelers who are wearing items that could be considered indecent. In 2012, Southwest Airlines hit the news because they initially denied boarding to a woman wearing a low-cut dress. (She was later allowed to fly, and was given an apology.) In late February of this year, another woman and her friend were asked to get off a Spirit Airlines flight over an incident that began with a flight attendant asking her to cover her cleavage.

“Sexy” clothes aren’t the only potential problem. Other travelers have run into issues because of profanity printed on their t-shirts. Arjit Guha, an Arizona State University graduate student, was kicked off a Delta flight in 2012 for wearing a shirt that mocked TSA security. That story was never going to stay quiet, as Arjit was also a popular blogger, known for chronicling his struggle with colon cancer on his site PoopStrong.com. Sadly, Arjit succumbed to his condition less than a year after his aborted Delta flight.

Even celebrities aren’t immune from running afoul of unwritten airline dress codes. In 2011, Billie Joe Armstrong, lead singer of Green Day, was  booted from a Southwest Airlines flight. Why? His low-riding pants were exposing his underwear, and he refused to pull them up when a flight attendant asked.

What Not to Wear in the Air

We want you to be comfortable when you fly, so go ahead and wear your leggings or yoga pants… as long as you paid for your ticket! But do bear in mind that you could run in to problems if you dress too provocatively. Don’t show your underpants. Don’t wear a top cut so low that you need to worry about a “nip slip.” Don’t wear a shirt covered with curse words or jokes about terrorism.

Basically, don’t wear anything to the airport that you wouldn’t wear to pick up your kid from her kindergarten classroom. By that standard, mom-favorite leggings are totally fine!