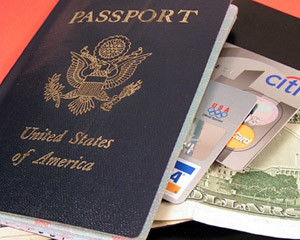 Here at PassportInfo.com, we’ve been thinking a lot about passport fees recently. We’ve just revamped our Passport Fee page to bring you even more information on the price of US passport services. It’s made us curious about what passports cost in other countries. Are US passport books expensive compared to those from other nations, or are they a relative bargain?

The US State Department has kept passport fees stable for more than five years. The last time passport fees were increased was in July 2010. At that time, the cost of a 10 year passport for adults was raised from $75 to $110. The US passport card, which was originally introduced to provide a low-cost option, had its fee increased from $20 to $30. The biggest fee increase in 2010 was the fee for additional passport pages. That service had previously been free if applied for by mail at standard processing speed, but in 2010 was given a price tag of $82. Of course, that fee no longer applies, since the government eliminated additional pages service at the end of 2015!
For this article, to keep things fair, we’ll compare the cost of a standard speed renewal of a 10 year passport book for adults.

Our nearest neighbors, Canada and Mexico, charge passport fees that are just a bit higher than US passport book fees. A Canadian passport valid for 10 years costs $160 (Canadian dollars), which equates to $120 in US dollars. Mexican 10 year passports currently cost 2,135 pesos, or $130 US.

Interestingly, both Canada and Mexico offer travelers the choice of less expensive passports that will expire sooner. Canadian citizens can choose between 5 year and 10 year passports, and Mexicans can opt for passports valid for 3, 6, or 10 years.

British passports are currently a little bit less expensive than US passports. United Kingdom citizens pay £72.50 for their 10 year passports, which works out to $103 US at the current exchange rate. However, with a difference this small, and currency exchange rates constantly fluctuating, we can say that US and UK passports cost roughly the same amount.

Passport Fees in Asia and Australia

Chinese citizens currently pay 220 Yuan, or $34 US, for passport renewals. Surprisingly, it costs 20 Yuan less to have a passport issued for the first time than to have a Chinese passport renewed. This is the opposite of the US, where first-time passport applicants must pay an extra $25 fee to the Passport Acceptance Agency.

India also offers passports that are much less expensive than US passports. An Indian passport costs 1,500 Rupees ($22 US). Australian passports are much more expensive than US passports, though. A standard 10 year Australian passport costs $254 Australian dollars ($189 US), and a larger “frequent traveler passport” costs a whopping $382 Australian dollars, or $284 US! In the US, frequent travelers can request a large 52 page passport book at no additional fee, although the issuance of these larger books is at the discretion of the Passport Agency.

Now that you know what passports cost in other countries, tell us, do you think US passports are priced appropriately?