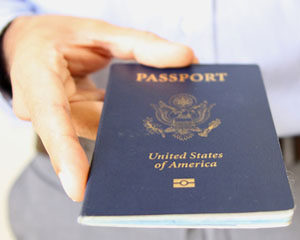 This past weekend, people across the US were alarmed by reports of immigration raids in many cities. US Customs and Immigration Enforcement (ICE) has confirmed that they arrested more than 600 undocumented immigrants last week. ICE officials stated that raids occurred in Atlanta, Chicago, New York, Los Angeles, and North and South Carolina. However, reports of additional raids in cities across the country have been rampant on social media. Immigration activists and individual witnesses have reported immigration checkpoints and raids in locations including suburban Washington, DC, Plant City, FL, and Austin, TX. Some of these unconfirmed reports state that ICE has been stopping large numbers of people in public places such as shopping center parking lots or public transportation, demanding to see identification, and detaining anyone who can’t show appropriate identification.

If you get caught up in an immigration raid, would you know what type of identification to show to prove your US citizenship or legal residency?

Are the Recent Immigration Raids “Business as Usual”?

According to Immigration and Customs Enforcement, last week’s arrests were just routine enforcement. Indeed, 600 arrests in one week is far from a record. During just one week in 2015, 2,000 illegal immigrants were arrested by ICE. Typical enforcement activities conducted by ICE target specific undocumented immigrants who have criminal records, with the goal of arresting and deporting them. ICE officials state that they’re not in the habit of going into public places and attempting to round up any illegal immigrants who may be there.

However, many people believe that the raids last week were not just the type of enforcement activity that was common under the Obama administration. They may be connected to an executive order signed by President Trump on January 25. This executive order focused on public safety, expanded the categories of immigrants considered a high priority for deportation. Instead of focusing on what we might think of as “criminals” — thieves, rapists, drug dealers, and the like — the executive order defined “criminal” undocumented immigrants as anyone who had broken any sort of law. This includes both felonies and misdemeanors, as well as the types of laws that just about every illegal immigrant has broken, such as crossing the US border unlawfully or providing a false Social Security Number to get a job.

President Trump added to this plausible connection with a Sunday morning post on Twitter. “The crackdown on illegal criminals is merely the keeping of my campaign promise. Gang members, drug dealers & others are being removed!”

Coming on the heels of the recent travel ban executive order, many people are nervous that these immigration raids are only the beginning. What if the unconfirmed reports are true, and ICE really is doing things like boarding buses and demanding to see everyone’s papers? If you are a US citizen or legal US resident, what kind of identification should you carry to prevent you being arrested by mistake?

Prove Your US Status With the Right Identification

What’s in your wallet? Whether you are a US citizen or not, some forms of identification will prove your residency status and others will not.

The best documents for non-US citizens to carry are: 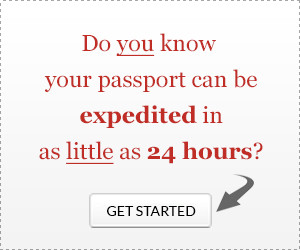 Documents that will prove your US citizenship beyond a shadow of a doubt include:

What About Driver’s Licenses?

If you show your driver’s license to an ICE officer, they will be looking to see if your license is REAL ID. A REAL ID license will indicate that you are either a US citizen or a legal resident (green card or visa holder). But what if you’ve got an old license without a star? It doesn’t prove your residency status. If you are a US citizen concerned about the possibility of immigration raids, you might want to either update your driver’s license to REAL ID or start carrying your passport book or passport card.

We’ll be watching this story closely and will bring you updates on any political actions that impact citizenship, immigration, or travel.