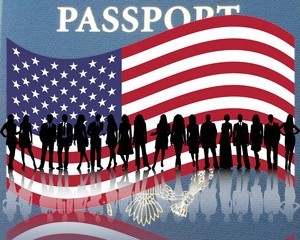 Record numbers of people are applying for US passports this year. In some cities, crowds of people are lining up at Passport Acceptance Agents, trying to get first-time passports for themselves or their children. Meanwhile, an unprecedented number of passports will expire this year. That means the State Department will be getting more passport renewal applications than they’ve ever seen before!

If you need to get a new passport this year, read on for our tips on how to beat the crowds to get your passport!

A Perfect Storm of Passport Applications

There’s no doubt about it – 2017 is going to be a banner year for passports! We’re already seeing huge numbers of passport applications. It’s very likely that there will be far more US passports issued this year than in any year in history.

Ever since records have been kept, there’s been a steady upward trend in the number of US passports issued each year. But this year is special. Several factors have come together to increase the number of passport applications beyond anything ever seen before:

Skip the Lines at the Passport Acceptance Facility 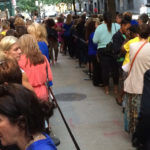 If you’re applying for your first passport, a child’s passport, or for a replacement for a lost, stolen, or damaged passport, your first stop will be a Passport Acceptance Facility. From Florida to California, from sea to shining sea, Passport Acceptance Facilities are reporting long lines of applicants. At some locations, people are lining up hours before the facility even opens! We know you don’t have time for that.

To cope with the high number of passport applications, new facilities are opening up all the time, and many existing facilities are extending their operating hours.

If you need to visit a Passport Acceptance Facility, use our locator to find all the locations near your home, school, or business. Make sure to consider all of your options, including:

Get Your Passport in Time for Your Trip

Whether you’re pressed for time or an early bird, we want to make sure you get your passport back in plenty of time for your trip!

Do You Have Lots of Time Before You Travel? 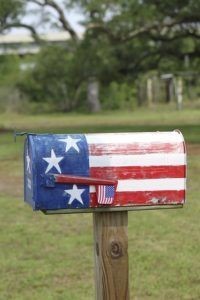 Not in a rush to get your passport? That’s great! If you don’t have any travel scheduled within the next few months, you’ll have time to do standard processing.  With the State Department’s standard processing, your new passport will be sent to you by mail. Any supporting documents, like your birth certificate or cancelled passport, will also be sent back to you by mail, usually under separate cover.

Do You Need Your Passport Back in a Hurry?

If you plan to travel within the next two months, you will need to expedite your passport.  The US State Department offers expedited service for an additional $60, but expedited passport applications that are mailed directly to the State Department’s National Passport Processing Center still take up to three weeks to be returned to you!

Traveling sooner than that? If your travel date is within one month, or if you also need to get a visa for your trip, your best bet is to use a registered passport expediting service.  Passport expediting companies work directly with the Passport Agencies to get you your new passport in as little as 24 hours.

Have you seen long lines at Passport Acceptance Facilities near you? Tell us in the comments!