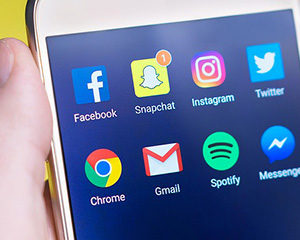 Social media is an accepted part of our lives, even as we travel from place to place. For those in the United States who plan to travel abroad or for those who plan to make a trip to the US from another country, there have been some concerns that their social media accounts and their digital privacy on a whole may be subject to examination by customs officials. These concerns are due to new policies by the new presidential administration. This article will help clear up some of the confusion that surrounds this topic so that you are better informed about your future travels in and out of the United States.

Why are Traveler Social Media Accounts Under Scrutiny?

The first rumblings that the Trump administration and the Department of Homeland Security were looking too closely examine the social media accounts of travelers began in February 2017 amid the discussion of the new approach of “extreme vetting” that was undertaken by the US government. Over the past few years, social media has been a fertile ground for recruitment and other hostile activity by terrorists and those affiliated with them. American government officials made the assessment that in order to curb those with ill intent from entering the country, scrutinizing their social media accounts based on the tone they project would help in their efforts.

The process of collecting social media information from travelers had its origins in the previous presidential administration back in 2015. A task force was crafted to begin to collect and analyze social media accounts and postings to try to ascertain potential terror suspects and their networks.

To that end, the US government received approval from the Office of Management and Budget on an emergency basis to create new questionnaires for visa applicants in May that asks them for their social media handles as well as other biographical information going back fifteen years to be submitted. This information can include email addresses, passwords as well as prior passport numbers. The data would be collected and cross-referenced mainly from “publicly available information obtained from the internet, public records, public institutions, interviewees, commercial data providers.” This is done by searching the traveler’s devices such as their smartphones.

The questions are considered voluntary but it is expressed on the form that failure to answer may delay or prohibit the visa application being processed in full. Not much else has been shared by the government agencies beyond that in terms of how they’re storing this data or analyzing it. 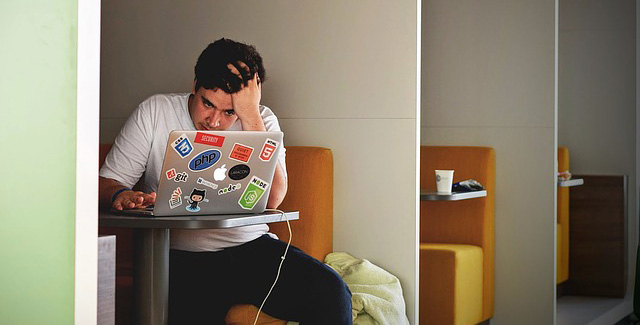 How Would This Affect My Travel If I’m Entering the US?

The State Department has gone on record as saying that this process would mainly apply to those “who have been determined to warrant additional scrutiny in connection with terrorism or other national security-related visa ineligibilities.” This process was slated to have commenced on October 18th.

Customs agents will be collecting the social media information from all immigrants to the United States including those who are currently green card holders and naturalized citizens.

For native US citizens, it’s a bit more arbitrary. Vetting of this sort may be cumbersome for those who have been selected for further screening in the past, but again it is all dependent on the Customs and Border Patrol agents and whether they have cause to screen different people.

There have been some reports of travelers having their devices seized at customs entry points by officials according to lawyers from the American Civil Liberties Union, and this includes both US citizens and foreign travelers.

US citizens have a bit of a buffer against these social media searches by border agents in that they cannot look for a traveler’s personal information stored on remote servers. This was a directive issued as part of guidelines given to CBP personnel in April. That said, there’s not much else that they and other travelers can do to prevent a requested search. 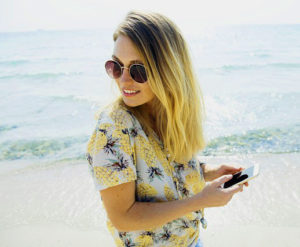 The key issue to remember here is that full disclosure means a smoother process of getting through border checkpoints when it comes to allowing access to social media information. Have your passwords handy if you choose to have your device examined. Bear in mind that you do have the right to refuse a search, but it does mean that your device could potentially be seized from you and you could spend some long hours in a holding area. If you’re a non-citizen, it could mean that you would be denied entry into the United States.

It is up to the discretion of the agents at these checkpoints how extensive the data collection process will be for each individual, so this definitely plan for an extra waiting time while you’re in the airport and make sure you have contacts outside that you can reach in case of any holdups. Have your accommodations booked out before you travel instead of winging it as you reach your destination. You can find resources on top hotels and vacation rentals on Trip101.