Think you can pop across the Canadian or Mexican border for a day trip without a passport? Think again. Under an international law known as the Western Hemisphere Travel Initiative (WHTI) , you need to have a valid passport whenever you cross the US border. (If you’re crossing the Mexican or Canadian border by land or sea, you could also use a passport card, Enhanced Driver’s License, or Trusted Traveler Card.) Although this law has been in effect since 2009, every day, US citizens attempt to cross the border by land without a passport or other accepted proof of identity and citizenship. It’s estimated that up to 1% of US travelers entering the US on any given day do not have a passport with them.

What Happens if You Enter the US Without a Passport?

If you’re driving or walking back into the US from Canada or Mexico, and you don’t have your passport with you, be prepared for some hassles. Although you won’t be denied entry to the United States, you will be taken out of line to be interviewed by US Customs and Border Patrol officers. Your return to the US will be delayed until the officials are satisfied that you are a US citizen.

Fines for US Travelers Without Passports

Right now, there is no fine for US citizens who don’t show a passport when they cross the border. However, in April, a new rule was proposed that would levy a fine on any US citizen who attempts to re-enter the United States without a passport or other WHTI-compliant document. This rule is still in the review stage, but it’s generally assumed that it will be put into effect. The fee is intended to cover the costs of the extra inspection required to admit a US citizen without a passport.

It’s not yet known just how much the fine will cost, but it’s possible it will cost as much or more than getting a passport!

Is This An Issue for Air Travel or Cruise Passengers?

The proposed fine is expected to only impact travelers who are entering the US by land. Air travelers have to show their passport in order to board their flight, so they wouldn’t be trying to enter the US without a passport unless they manage to lose their passport on the plane! Similarly, cruise passengers are unlikely to be effected, because they will be required to have a passport, passport card, or other WHTI citizenship document in order to embark on their cruise.

Our recommendation for travelers who will be driving or walking over the Canadian or Mexican border is to get a passport card. Since it’s the size of a credit card, it’s a convenient way to carry your passport in your wallet at all times! 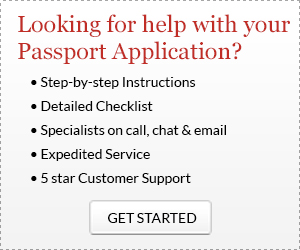