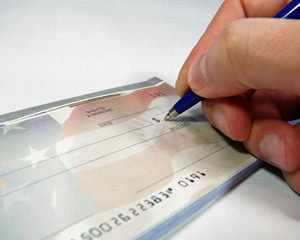 The US Federal Government is currently owed $380 billion – yes, billion – in unpaid taxes from individuals and businesses, and they’ve now got a new way to try to collect some of that debt. A new law will allow the US State Department to refuse to issue US passports to individuals with “seriously delinquent” tax bills in excess of $50,000. What’s more, the State Department is authorized to revoke previously issued passports if the bearer is on the IRS list of debtors!

This new rule was one of several updates to US tax code that was slipped into the FAST Act (“Fixing America’s Surface Transportation”), a bill authorizing funding to improve transportation infrastructure. It was just signed into law on December 4, 2015, but the idea of denying passports to US citizens with Federal tax debt is not new. In 2011, the General Accounting Office released a report analyzing all of the passports issued in 2008. Of the 16 million passports issued that year as new passports or renewals, 1% were issued to US citizens who owed the government $50,000 or more in unpaid taxes and penalties. Collectively, these 224,000 travelers represented $5.8 billion in tax debt!

So what does this new law mean for passport applicants? Very few passport applicants have serious tax debt, but those that do will need either pay off their debts to the Federal Government or enter into a payment agreement such as an Offer in Compromise (OIC). For most travelers, the only implication of the new law is that it is now mandatory to include a Social Security Number on all passport applications. Previously, the State Department could still issue a passport even if the Social Security Number was not included, but now it is grounds for an automatic denial of the application. It’s also yet another good reason to make sure you pay your taxes on time! Since passports are needed for all international flights, and may soon be needed for some travelers to board domestic flights, if you don’t pay your taxes, you’ll literally be grounded!